Demand Real Journalism: Democracy Depends on Journalism and the Founding Fathers Knew It

As a United States citizen, I cherish the rights I have been granted by virtue of the United States Constitution and the Bill of Rights.

Of all our constitutional rights, my personal favorites tend to be free speech, freedom of religion and a free press, all found in the First Amendment.

Congress shall make no law respecting an establishment of religion, or prohibiting the free exercise thereof; or abridging the freedom of speech, or of the press; or the right of the people peaceably to assemble, and to petition the Government for a redress of grievances.

BOLD ACTIONS
At the time, those words written by the founding fathers were nothing short of an earth-shattering paradigm shift in governmental ruling models. The entire United States Constitution is amazing of course, but seriously, even the First Amendment alone was a fantastic change for the better granting rights that were simply unheard of in the entire history of the human race!  Now we often take them for granted, but once upon a time, people were not allowed to speak their mind against the king without legitimate fear of death or imprisonment.

Individual citizens of a country never had the audacity before to demand freedom from government forcing them into a religion, or government allowing average Joe citizens to stand up and criticize them without fear of reprisal. In 1789, the First Amendment created bold new rules that actually encouraged a free press to speak its mind!

None of this, “Off with their heads!” stuff by out-of-touch Royal Rulers who got angry when the peon citizens dared criticize. 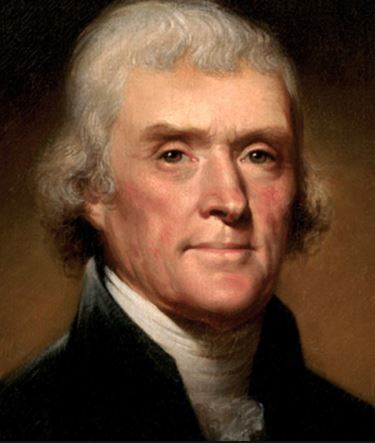 Thomas Jefferson declared that: “The press is the best instrument for enlightening the mind of man, and improving him as a rational, moral and social being.”

I’d say that Thomas Jefferson was correct, but only assuming that “the press” is factual, objective and actually desires to inform rather than mislead. Jefferson and the other founding fathers probably never could have imagined the deep control corporations would someday gain of our entire culture, including the press.

Other Thomas Jefferson quotes clearly explain what he felt was the critical role of a free press in insuring a free society.

“The freedom of the press is one of the great bulwarks of liberty, and can never be restrained but by a despotic government.”

“No government ought to be without censors; and where the press is free no one ever will.”

“If once the people become inattentive to the public affairs, you and I, and Congress and Assemblies, Judges and Governors, shall all become wolves. It seems to be the law of our general nature, in spite of individual exceptions.”

I’d have to say that the last quote listed is the most scary, yet accurate assessment of why a quality press is critical to maintaining the American ideals of liberty.

In light of today’s reality, where the majority of people are not only disinterested, but can not easily get enough quality, factual news reports even if they try,  many members of the government indeed behave as “wolves.”  The biased news media often allows such governmental “wolves” to appear in sheep’s clothing.  The end result of this is governmental policies that are NOT beneficial for society, even if many people are led to believe that they are.  Or the flip side, beneficial policies are killed because opponents convince enough people that they aren’t for the common good.

The founding fathers were bold enough to conceive of the best framework ever devised for developing a free society.  A free and vibrant press was instrumental to that vision.  Let’s do everything we can to uphold that vision by insisting on a functional press that works as a watchdog on government corruption and an objective  informer of the citizenry.