“Were it left to me to decide whether we should have a government without newspapers, or newspapers without a government, I should not hesitate a moment to prefer the latter.”  Thomas Jefferson

When he uttered those famous words, Thomas Jefferson knew if the brand new, innovative idea of a government run by “We the People” stood a snowball’s chance in Hades of becoming an enduring reality, the citizens needed to be well informed by a responsible news media.

Without a well-informed, engaged population, he knew humans would continue to succumb to oligarchy, kingdoms or dictatorships.  Human power structures being what they are, Jefferson knew the little guys had to be on even ground with the big guys.  Knowledge was their best suit of armour.   Meaningful engagement between the government and the citizens could only thrive if it were debate based on genuine issues and solutions.

With freedom comes responsibility.  Only an educated population could truly be in charge and capable of steering the government in a wise direction.    Only people armed with reality and the facts could hold any government run by corruptible humans accountable.

That is why a free and open press was written into the U.S. Constitution.  It was that important.

Did he forget that media people would be just as corruptible as any other group of humans?

I’m taking a wild guess that Jefferson assumed a free and open  news media enshrined in the constitution would be ethical and moral enough to embrace this responsibility by sticking to the facts and telling the truth in an objective manner.

I bet he was optimistic enough to think “We the People” would demand facts and reality-based news.

I bet he wasn’t visionary enough to predict the awesome technology we have today that allows anyone with an internet connection the opportunity to create media and participate in an increasingly complex international debate with entities all over the world.

If it really is possible for people to roll over in their graves, I’d say that Thomas Jefferson is terribly dizzy by now.

In my observation, one of the more basic and overarching problems in America today is that so many people are grossly misinformed by fraudulent news.  Fake news they call it.

“The media” today is so much larger and more technically savvy that anything Jefferson imagined of course.  The internet gives anyone the ability to create a media empire online from their basement.  Or troll farm.

Face it, sensational, emotion-driven stories sell. People love that crap. Like a steady diet of junk food, people snarf it down even if they know it isn’t necessarily good for them.

But I think a lot of people actually believe it IS good for them.  Paying attention to the news will make you smarter!

And let’s not forget, media is also a business and has to make money. Given the reality that flash and trash sells better than thoughtful deep analysis, our problems with a deluded and poorly informed population have to do with the media’s desire to just give people what they want so the sales department can actually support the business.

When cable news created the 24-hour news cycle, filling time became a reason to do a story.  Anything remotely news worthy could possibly become the subject of intense debate if it was promoted correctly.

Promoting it correctly became the fulltime job of a public relations industry that grew exponentially as technology improved.  Gigantic PR firms in the image of Edward Bernays, the folks always eager to distort any fact for the correct fee.

PR manipulation of public opinion exploded with satellite communication.  It got an even bigger boost when the internet.  Now with so many on FB and Twitter all day, social media trends can be driven wild by bots and trolls whose entire goal is to trick you into believing whatever they want.

Research on media trends verifies that misinformation is rampant.  That link is what real journalism is about, verifying a few basic facts with real research from a credible source.

That link is to research by the Pew Research Center, long held in high esteem as a reputable source of credible information.  But in today’s media atmosphere, a fierce debate can and will be had over who is a credible source of information.  The right wing scoffs at Pew.

Most of us don’t like the news media.  I hear people from all political stripes blaming the news media for being biased, and full of garbage.   And it is.

Sadly though, the even bigger problem is that huge swaths of the population are actually FANS of the dysfunctional media.  Media that tells people what they want to hear  rules the day.  They love it, no matter how nonfactual and agenda driven it is.  In fact, sometimes the more dysfunctional and insane, the merrier.

A perfect example is Alex Jones.  He makes a good living off riling up the gullible with outrageous lies.  And if you don’t believe that, then I am afraid there is not much left to say.

It is the media that covers the world in a way they don’t like that infuriates them.

Just like the lover who tells them sweet little lies, most people tend to gravitate to news media that tells them whatever makes them feel happy and comfortable.   That is usually what they already believe.

Truth often gets lost.  Perspective and context is only presented from whatever mindset they already hold.

With so many groups today having agendas that would benefit from mass mind control, real journalism is more important than ever.

SO WHAT DO I KNOW ABOUT IT?

As a person who has worked in the news media for over two decades, I saw firsthand how the media operates and what effect that has on people.  I’m also a political junkie and have been since I was quite young.  Being a long time and passionate observer of both the news media and politics, I can assure you that I’ve devoted umpteen hours of analytical thought to the subject.

I am convinced that the current dismal state of the American news media is a large part of the reason why  our government has become so dysfunctional.

UPDATE:  Believe it or not, I wrote that long before Trump came on the scene.  As I update this article post-Trump, I am amazed at how much worse the situation has become.

News media misinformation and sensationalism are responsible for the growing distrust and contention between different segments of our society.

They’ve got us at each other’s throats like a perpetual game of rock ’em, sock ’em robots.

The result is to create the most polarized and divided population since the Civil War.

WHICH BRINGS US TO THIS BLOG

The goal of this humble blog is to shed some light on how and why the news media became so dysfunctional.  What if anything, can be done to improve the situation?

How can consumers tell if news the read is accurate?  Who and what can you trust?

Without sounding melodramatic, I truly believe that one of the worst problems in the country right now is that we are drowning in lies.  It’s what a call a “core” problem.  It affects everything else.

False information from agenda-driven media is spreading dissension and unrest.  Allowing evil to flourish.  Causing people to vote against their own interests.  Steering our government to a system where “We the People” are making horrible choices.  If we don’t snap out of it, we’ll be sorry.

Well, OK, now we have Trump.  People like me sure are sorry already but a unbelievable number (around 35-40% of people still support Trump.  Their support is fierce and exceptionally loyal.

People on the other side who have a hard time understanding Trump’s popularity often refer to Trumpism as a cult.

WHAT AGENDA IS BEHIND THAT CLICKBAIT HEADLINE OR MEME?

On the internet, you can be anyone you want to be.  You can call yourself LovelyLady423 and say you live in a mansion but are really an old, very unlovely man in the basement of his mom’s.

Fred Smith might be Boris Shazinskie or Muhammad al-Zabooboo.   You never know online.  It is easy to manufacture memes and clickbait headlines.

Feeling more like Don Quixote than anyone more noble, I put together this blog with an in-depth explanation of media issues as I see them.

I filled this blog with articles from every conceivable angle.  Another characteristic of REAL JOURNALISM.  Sadly, that is one characteristic the masses typically do not reward.    Short, sweet and superficial is the typical preference.

My goal is to be concise yet detailed, providing useful, objective facts and  thoughtful insight with accuracy and fairness.

Since real journalism is so rare, most folks do not even recognize it.   You might think you are watching the news, but it is often just one endless commercial.

Let’s not forget that the audience deserve a large part of the blame.  We get the news media we are willing to watch and finance.

If you’d like to add your voice to the discussion, sound off at this page.  No discussion is complete without voices from all perspectives.

Now that I have saved the world by Demanding Real Journalism, maybe I can get my name changed legally to Don Quixote.  🙂 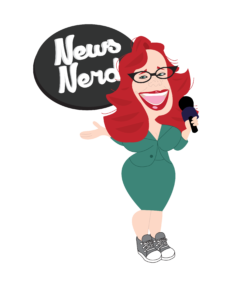 Thanks for reading and caring.

Thoughts on Fixing the News Media

Thoughts on Fixing the News Media