Visual Story Telling: What’s all that weird stuff doing on the floor? 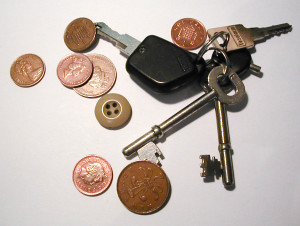 Imagine watching a movie show that begins with a close-up shot of a bunch of random stuff lying on the floor.  A couple of keys, some coins and a button.

What is the visual significance of this random pile of stuff on the floor?

That’s a lot of story-telling possibilities for one little pile of seemingly insignificant stuff. 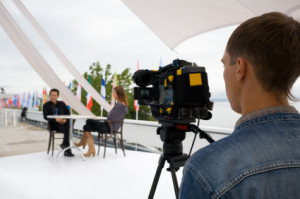 As you train yourself to be a visual story-teller, you will begin to automatically think about what kind of visual and audio components will convey the emotions, mood, facts and information you wish to impart on your audience.

In the high-dollar professional video production world, every tiny detail of each and every shot is 100% deliberate. Unless someone is asleep on the job (it happens) the audience won’t see or hear anything they’re not supposed to.

While I doubt anyone reading this wants to take it to that level, it’s a good point of reference. At a less-intense level, at least pay some attention to the backgrounds of your shots and exactly what is showing in your frame.

By all means, avoid showing cords or equipment that are only there because you’re there. If you’re outside, even the camera operator’s shadow in the shot can be a real problem late in the day. 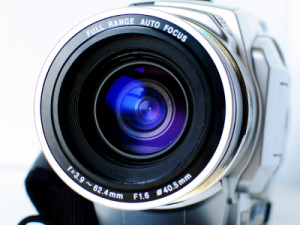 THINK OF EVERY SHOT POSSIBLE

To add visual creativity and variety, look for unusual angles the audience wouldn’t normally see, such as extremely high or low angles.

You don’t want to know how many times I’ve done totally undignified stuff like stand on a table top to get high angle shots for the sake of visual variety.

The most entertaining videos are high on visual variety so hire a camera person who enjoys being part monkey. (HINT:  Look for a well-trained one!)

Plopping my butt (and camera) down on the ground and using the floor/ground for a steadying device instead of a tripod is another trick I used a lot. Looking at the world from a bug’s eye-view is always interesting. I often use a book, rock, my fist or whatever is within reach to prop up the front of the camera just enough to see more than shoes.

In addition to changing your camera angle, visual variety comes from changing your scope, or; how close the camera appears from your subject.  Is it  a medium shot, close-up or wide shot?

Think wide-shot, medium-shot, close-up. The close-up is your single most important shot and says the most to your viewer on both emotional and factual levels.

How gorgeous are those earrings? Get a close-up and show them off!

No amount of narration will tell your viewer as much about the earrings as a good close-up will. Close-ups are essential for quality visual communication. Fill up your frame, let the viewer SEE exactly what you’re talking about.

A video with nothing but nice pictures and instrumental music can “say” a lot without relying on a single spoken word. This is TV, not radio. Visuals say it all if you pick the right visuals. 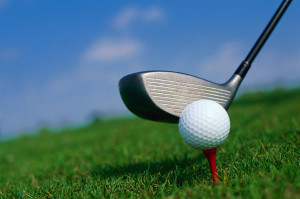 FLEXIBLE CREATIVITY
Visuals can also multi-task and be adapted to tell a myriad of stories.

The difference lies in which narration (or other audio) you choose to put with the shots of golf.

WHAT WILL YOUR VIEWER ACTUALLY SEE?

Close-ups are especially important if your video is headed to the Internet. Whereas a TV viewer might be watching your show on a huge four-foot screen, an Internet viewer is more than likely staring at a tiny three-inch pop-up window. On a wide shot, those earrings will only be .0002 inches! At that size, who can tell an exquisite diamond from a stray pixel?

In real life, our brain and eyes do a brilliant job of filtering out what we want to concentrate on. If you see your best friend across the room, you can mentally zoom in on her face and ignore the crowd. Not so for the video viewer. In order to know Sally is important we need a close-up of her face after we see a wide-shot of the crowd. Without the close-up, Sally is totally insignificant and no viewer will even notice her, much less realize that she’s wearing the stolen necklace.

The wide-shot puts things in perspective and establishes location. Medium-shots fill in the blanks and are, generally speaking, the most common shot you’ll use.

You get enough shots for good visual variety one of three ways:

I hope this information helps you make better videos!