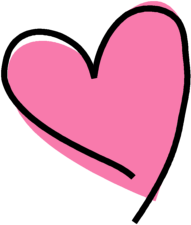 The single most important quality to consider when producing an audience-pleasing video is:

They are all important but of course, but the single most important thing is story, so the answer is #5.

That’s not to say you want your camera, lights or microphone to be BAD, but good storytelling is what keeps viewers interested.  Assuming the image quality, lighting and sound, are decent no one (well, hardly anyone) will complain.

But if your video is boring, forget it.  With no compelling reason to watch, no exciting visual story, it gets a thumbs down no matter how awesome the lighting is.

So pick your analogy: STORY is the heart, (backbone,) (foundation) of any video worth watching.  Think of it this way.  How many movies have you seen that were filled with awesome special effects and big-name stars but were disliked by audiences because the story just wasn’t up to snuff?

Just as it is the most important element, storytelling is also the hardest aspect of video for newbies to master.  Most newbies don’t even think about storytelling as they are too concerned with getting everything plugged in and working properly.  I understand that.  What I don’t understand is why the vast majority of video production courses online don’t even touch on storytelling.   That’s a real disservice IMHO and one I work to overcome.

USE THE VISUAL ANALOGY IN VISUAL STORYTELLING

Visual analogies are a lot of fun.  They also “say” so much, without any words at all!  (That’s why they call it VISUAL storytelling.)  By using  a shot of a shark circling a floating dollar bill  overlaid on top of a shot representing the business the video is talking about (Cash for Gold), the video “says” a lot about these unethical businesses without using any words. 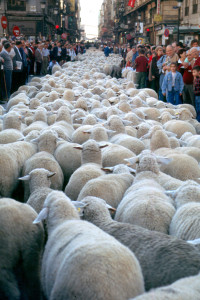 When using visual analogies, you are only limited by your imagination.  Want to call out your least favorite politician?  Use a shot of a hot-air balloon deflating and depict their supporters as sheep.

If being crude works for your audience, use a shot of a dog doing his “business.”  Now you’ve really made a visual statement!  A shot of a clown would make a similar, but significantly different statement.  I once used a shot of cooked spaghetti draped over a spoon to symbolize what I thought were the spineless cowards in Congress.  They’re limp noodles!

Want to emphasize how frustrating it can be to play the dating game?  Use close-ups of a checkers game with one side smearing the other.  Games like chess, checkers, or baseball all make great visual analogies for all kinds of situations.  Life is like a baseball game, right?

Want to emphasize how hard it can be to navigate your career path?  Use a shot of a hamster going around and around on  his wheel and not getting anywhere. 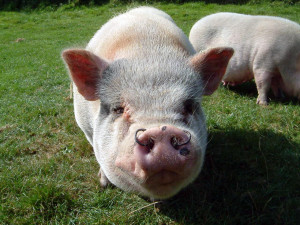 Want to emphasize how hard it is to control your appetite and lose weight?  Show a paper shredder “gobbling” up page after page.  That’s certainly less demeaning than showing pigs wallowing in their slop, but both visual analogies convey the same basic point.  The effect on an audience however, would be quite different.  One might very well make a large portion of your audience angry and that is usually not a good idea.

Just about any visual can be used as analogy for something.  A close-up of a light switch being turned off can signal the end of something.  A wadded up piece of paper being thrown at a trashcan can symbolize failure or perseverance depending on how it’s presented.  A cat tangling up a ball of yarn could be a creative way of describing the troubled life of someone who lies a lot. Or, maybe an intricate and complex spider web to go with the “Oh what a tangled web we weave when first we practice to deceive,” cliche. 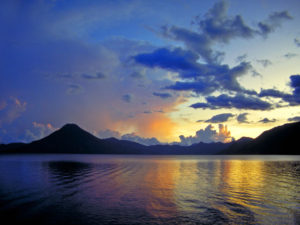 A sunrise can be used to symbolize a new beginning.  That same shot could be used as a sunset to mark the end of something.  Same shot, two opposite meanings!  Who knows whether the camera was facing east or west?  No one but the photographer.  The film editor puts it into a context using other shots and storytelling elements to give it meaning.

I could go on and on but I think I’ve made my point!  Now, if this were a video instead of a text article, I’d to cut to a shot of my empty office chair spinning slowly, signifying that I am done writing my post and can go on that long-awaited potty break!

Thanks for reading Video Production Tips.

Character Marketing: Why So Many Advertisements Feature Branding Characters

Character Marketing: Why So Many Advertisements Feature Branding Characters

YouTube Channel Helps Solo Entrepreneur Attract Customers — How She Did It

YouTube Channel Helps Solo Entrepreneur Attract Customers — How She Did It