Advanced Videography: Focusing Beyond the Basics 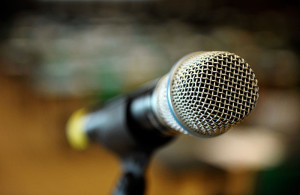 This instruction will help you become an advanced videographer.

I am going to explain two methods of controlling the portions of your shot that are in focus. This is done for artistic effect and can greatly enhance the caliber of your visual communication skills.

Usually, you think of focus as a practical thing…your shot better be in focus or your video will look terrible! Yes, that’s very true, but once you get to be a bit more advanced with your videography, you can play with focus to make your shot more meaningful or simply prettier.

There are two basic ways to do this when making video.

A roll focus is where you start the shot with one thing in focus, then change the focus in the middle of your shot to something else. Let’s say you want to emphasize the fact that your character is an alcoholic. You can do that visually in about 3 seconds with a good roll focus.

You will see roll focus shots used quite frequently in movies and TV shows. It is an advanced technique that is not hard at all, assuming you have manual control of your focus. Roll focus shots are a great way to say things visually instead of verbally. And that, of course, is what visual communication is all about.

The other method I am going to talk about is depth-of-field. Depth-of-field is a little more complex.

Depth of field is a photographic term that refers to the amount of the picture that is in focus. Depth of field is not fixed for any particular shot; it is controllable within limits if you know how. This baby picture of my daughter is my favorite example of depth of field. She’s now in college so I have been using this picture as an example for a long time!

See how both the foreground and the background are both out of focus? Only Ondrea is in focus. Even her shoulder is slightly out of focus. That makes her stand out.

This is an example of a very shallow depth of field. If I had taken the picture differently, both the foreground and the background would be in focus and the shot would not be nearly as good. My daughter would still be cute of course, but she would blend in with the foreground and background. I took this shot with a semi-telephoto lens in a low light situation with the f-stop opened wide. All three of those things contribute to the low depth of field.

Professional photographers often like to control depth of field in order to make the subject of the picture stand out better. Just like the baby picture example, any portrait is probably better if the background is out of focus. An out-of-focus background does not compete with your subject, so it creates a better portrait. The exact same thing is true for a video portrait, usually called a talking head or interview. If you minimize your depth of field, you can achieve an out of focus background.

In a completely different situation, you might want to maximize depth of field. Let’s say you are videotaping a basketball game. Players are running all over the place. If you maximize your depth of field, everyone will stay in focus as they run. Without a large depth of field, the players will go in and out of focus and your video will look terrible.

THINGS THAT AFFECT DEPTH OF FIELD

There are three main things that affect depth of field.

Probably the easiest one to control is the focal length of the lens being used. Focal length refers to whether it is a wide angle or telephoto lens. Most video cameras have a zoom lens, which is also known as a variable focal length lens. This means it has a wide angle setting, a telephoto setting and all settings in-between. As you zoom in and out, you are changing focal length.

I advise people to use this to their advantage by shooting on the wide angle portion of the lens instead of zooming in because focusing is so much easier on a wide angle setting.

As you videotape on a wide angle setting, the majority of your picture will always be in focus. Zoom in to a telephoto setting and your focus must be precise because the depth of field is so shallow.

OTHER FACTORS THAT AFFECT DEPTH OF FIELD

Low light gives you a shallow depth of field. Bright light creates a deep d-o-f. If you are videotaping in a controlled environment, add more light for a greater depth of field and darken it up for a shallow one.

Controlling depth of field and using a roll focus are both advanced techniques that can take your video production skills to a higher level. On an artistic level, both make a huge difference in the quality and meaning of your shot. However, if you are just learning, honestly I would advise you to not worry about it, although it is good to know.

Thanks for reading Video Production Tips